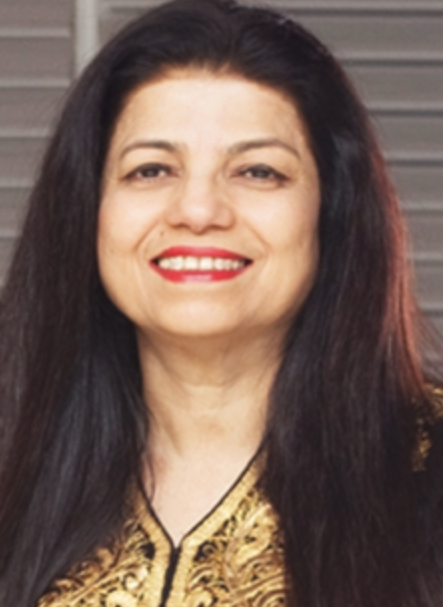 Setu has been engaged for the past twenty-seven years in building bridges, between the oldest and the  largest democracies, USA and India, respectively, and their allies, Australia, Israel, Japan, UAE etc. to  catalyze entrepreneurial economy in, innovation, STEAM, energy, healthcare, with inclusion of women  and their empowerment, towards building a stronger global village, for all, especially for the  underprivileged.

IndUS Setu Global Foundation recently launched its webinar series called “AtmaNirbharBharat’ in  association with the Indian Consulate in San Francisco to further the global cause of economic  partnership resulting in a win-win for both US and India.

Priya collaborated with President Mikhail Gorbachev’s State of the World Forum. She participated in Senator Warren’s congressional delegation to India, focusing on healthcare  platform. She is on several boards. She is Special Advisor to Bay Area Council’s India Focus, prestigious  think tank in Bay Area, focusing on renewable energy, healthcare, infrastructure and empowering  women in leadership, technology, STEAM and entrepreneurship. She is on board of San Francisco Bangalore Sister City Initiative and co-sponsored its Silicon Valley- Delhi “Healthcare/IT  Entrepreneurship & Women Empowerment” Mayoral delegation to India from San Francisco and co chaired its National Briefing.

She is committed to entrepreneurship and women empowerment and has been a prolific speaker for  both. Amongst her many speaking engagements, she spoke at Karnataka Innovation Summit, was  delegate and speaker for the Global Entrepreneurship Summit (GES) in Hyderabad, was speaker at GES  Turkey, both were hosted by the US State Department, she was moderator for the panel at Stanford  University on the topic of

She led business delegations to Israel, has participated in women entrepreneurial focus in Dubai. In  January 2020, as a delegate member of Lt Governor of California Eleni Kounalakis’ delegation to India,  focused on Women Empowerment.

She was honored by Bharat Nirman award from the Maharashtra Government for promoting  entrepreneurship amongst women and for gender empowerment.

Priya has spoken on entrepreneurship, Indo-USA-Israel opportunities, and gender  empowerment.

December 2015 Speaker, USA-India science and technology and women  Delhi empowerment, hosted by US Embassy in Delhi