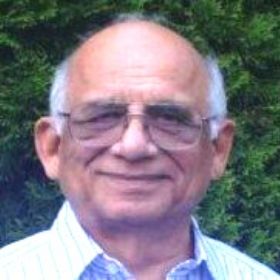 Prof. Anand Paranjpe obtained his Ph.D. at Pune University and conducted post-doctoral research at Harvard University under a Fulbright and Smith-Mundt grant. In 1967 he started teaching at Simon Fraser University in Canada, where he is currently Emeritus Professor of Psychology and Humanities. He was invited by the Indian Council of Philosophical Research as National Visiting Professor in 2010-2011. In 2017 he was invited to give a series of lectures at the Harisingh Gaur University at Sagar, Madhya Pradesh. His major publications include “Theoretical psychology: The meeting of East and West” (Plenum, 1984), Self and identity in modern psychology and Indian thought” (Plenum, 1998). He co-edited with Professors K.R. Rao and Ajit Dalal the “Handbook of Indian Psychology” (Cambridge University Press, India, 2008). His latest book is K.R. Rao and Prof. Anand C. Paranjpe, “Psychology in the Indian tradition” (Delhi: Springer, 2016; Delhi: DK World, 2017).Currently, he is working on a book on the nature of the transformation of consciousness as described in several traditional commentaries on Patanjali’s Yoga Sutras. In general, his focus is on Indic concepts and theories in psychology and interpreting them in light of the language and idiom of modern psychology. According to Prof. Anand Paranjpe’s view, the currently popular image of Yoga is heavily focused on its physical aspects such as the health benefits of asanas and feels the need to balance this view with adequate emphasis on the cultivation of virtues as in Yama and Niyama, and on the control of thought processes as applied psychology leading to Self-realization. He thinks and hopes that HUA can help in this direction.